Victoria was already nervous about taking the English A.P. exam at her school’s library. And that was before she arrived and encountered what so many students of color experience on a regular basis; straight up racism. Listen to this powerful story about how she was almost kept from taking the exam. Even though Victoria knows there are racist people out there who are going to continue to try to deprive her of the education she deserves, she knows she belongs in college!

Being a first-generation college student feels like running in the dark half the time. When you finally figure out where you’re going, there’s still obstacles in your way. Tests before tests. Some people will think you don’t belong in the room. Don’t let them stop you from walking into the door. Know that there is a seat for you and a paper with your name on it. #ibelongincollege #webelongincollege 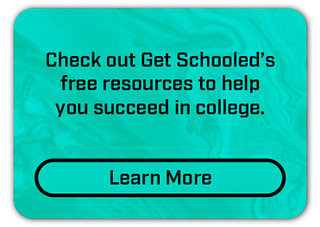 Working on your FAFSA? Your state has free workshops and resources to help you complete it. Find your state below!