I’Zayah did his best to keep up with his classwork through a prolonged illness. Despite missing classes and being weak and in bed, he managed to turn in all of his work. When he was accused of plagiarism and had little energy left to defend himself, he thought it might be the end of his college career. But he persisted, and now he has some important lessons to share. 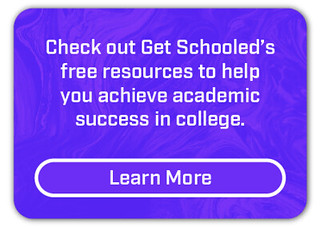