Get To Know The Five Military Service Academies

Get To Know The Five Military Service Academies | Military Colleges

Are you interested in attending one of the five Military Service Academies, but not sure which one would be a fit for you? Check out each of the profiles and see which school is best for you! 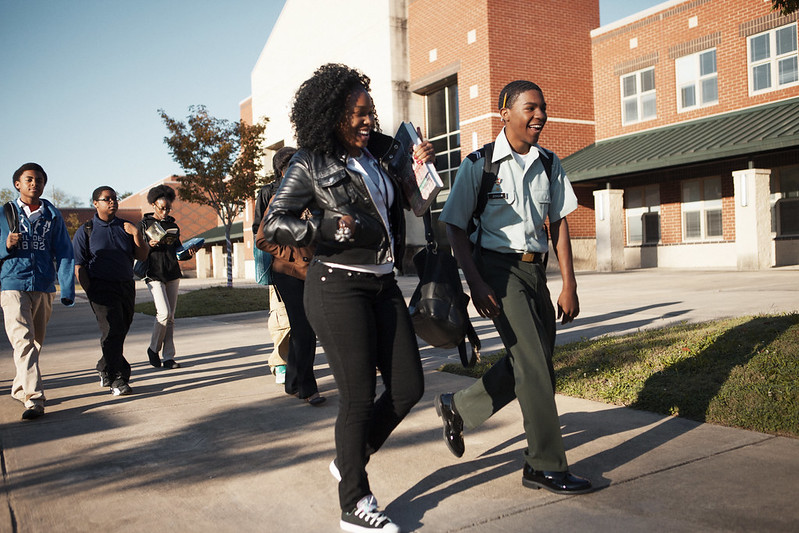 For those who are interested in serving for the U.S. Army, the United States Military Academy would be the best choice for you. The college was founded on March 16, 1802. The academy “educates, trains and inspires the Corps of Cadets so that each graduate is a commissioned leader of character committed to the values of Duty, Honor, Country.”

There are currently a total of 42 majors offered at the academy. All majors fall under engineering, basic sciences, humanities, and social sciences. Each student who graduates from the school will earn Bachelor of Science degrees and are commissioned as second lieutenants in the United States Army.”

To learn more about the academy, head over to  www.usma.edu

If the Navy is more your style, check out the United State Naval Academy. The school was founded on October 10, 1845. Undergraduates who attend the college will experience a historic campus called “the Yard.” According to their site, “the Naval Academy prepares young men and women to become professional officers of competence, character, and compassion in the U.S. Navy and Marine Corps. Naval Academy students are midshipmen on active duty in the U.S. Navy.”

The college academics primary focus is on science, technology, engineering and mathematics; where there are 25 majors to choose from. Just as the Military Academy, students who attend the academy will be graduating with a Bachelor of Science degree and will be commissioned as Ensigns in the Navy or Second Lieutenants in the Marine Corps.

To find out more information about the Naval Academy, check out  www.usna.edu.

If you’re all about flying, the United States Air Force Academy would be a better fit for you. The academy was first established on April 1, 1954, the youngest of all five service academies. During the four years in the academy, cadets are engaging in real-world learning and research experience they may not find in other universities.

The school offers 27 majors and three minors for their students. Compared to some of the other academies, the USAFA offers many different types of majors, ranging from Engineering to Philosophy. Upon graduating, students will receive a Bachelor of Science and will be a commissioned officer in the Air Force.

For more information, check out  www.academyadmissions.com.

Although it’s the smallest out of the five federal service academies, that shouldn’t stop you from checking out what the campus has to offer. Being the halfway point between Boston and New York City, this cozy campus was first founded in 1876. Those attending the school will be a part of the oldest life-saving service in the world. Not only does the school offer a wide range of academic programs, students will learn the skills it takes to be a Coast Guard.

Just like the USAFA, the USCGA offers a wide range of majors between the arts and sciences. Once students receive their Bachelor of Science degree at graduation, they will be commissioned into the U.S. Coast Guard.

If you’re interested, head over to  www.uscga.edu to learn more.

If you’re up for more academic challenges, the United States Merchant Marine Academy may be a great fit for you. The USMMA is “known for its rigorous academic program, USMMA requires more credit hours for a baccalaureate degree than any other Federal Service Academy,” according to their site. “This challenging coursework is augmented by the Academy’s Sea year experience, which affords midshipmen the opportunity to acquire hands-on, real-world experiences aboard working commercial vessels sailing to ports around the world.”

Students will have a choice between eight challenging majors. Once midshipmen graduate from the school, they will have earned a Bachelor of Science Degree, a U.S. Coast Guard license, and an officer’s commission in the U.S. Armed Forces. Also, compared to the other federal academies, the USMMA offers the most career options.

To learn more, head over to  www.usmma.edu

Although all schools have very different curriculum and career outcomes, they have important similarities. Each academy will provide physical activities to train students for the fields they’ll be going into. All service academies require usually a minimum of five years of duty. Tuition, room and board will be paid for by the Federal Government. Some schools will ask students to pay for other expenses, while most will pay for it.

If you’re interested in attending one of these military colleges, check out their sites for more info.

How the GI Bill can help you pay for college, training, certifications, and more to keep you on your path to educational success!

Branches of the U.S. Military

Figuring out which branch is right for you is a personal journey, but we’re here to help!

Enlisting in the U.S. Military

Here are the requirements for enlisting in the Military - from start to finish!