But first, watch how these students found out they won a $1,000 College Scholarship!

Carter dreamed of going to military school and everything was going according to plan. He got the scholarship he needed after getting nominations from Senators. But then after a serious football injury, everything changed. In his story, he shares how he refused to give up on his college dreams and has a powerful message for you!

After being physically abused starting at a young age, Madeline struggled with her mental health. She doubted herself and her ability to succeed in college. But she decided to persist towards her educational goals so she could become “the person she needed when she was thirteen.”

Growing up, Melody always had lofty education goals. But things changed when she felt discriminated against for being queer. Feeling lonely and like she didn’t belong led to severe depression. Listen to how Melody came to believe that she DOES belong in college.

After losing his aunt, who was his role model, to lung cancer, Simisoluwa shut down completely. His grades deteriorated and he started to question his college dreams altogether. But when he realized that his aunt would have wanted him to succeed, he found the motivation he needed to persist.

Leidy, who was a stellar student throughout high school, struggled when taking the SAT. Leidy recounts being challenged by the test and how she was able to persist to get to college. 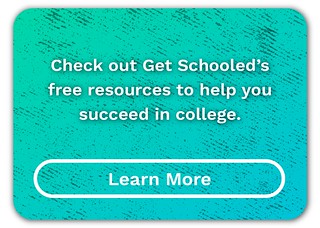 Learn about the rules for the $1,000 #WeBelongInCollege Scholarship

Watch scholarship winners' stories about how they are persisting in their college pursuits.

Watch scholarship winner’s stories about how they are persisting in their college pursuits.

Watch scholarship winner’s stories about how they are persisting in their college pursuits.